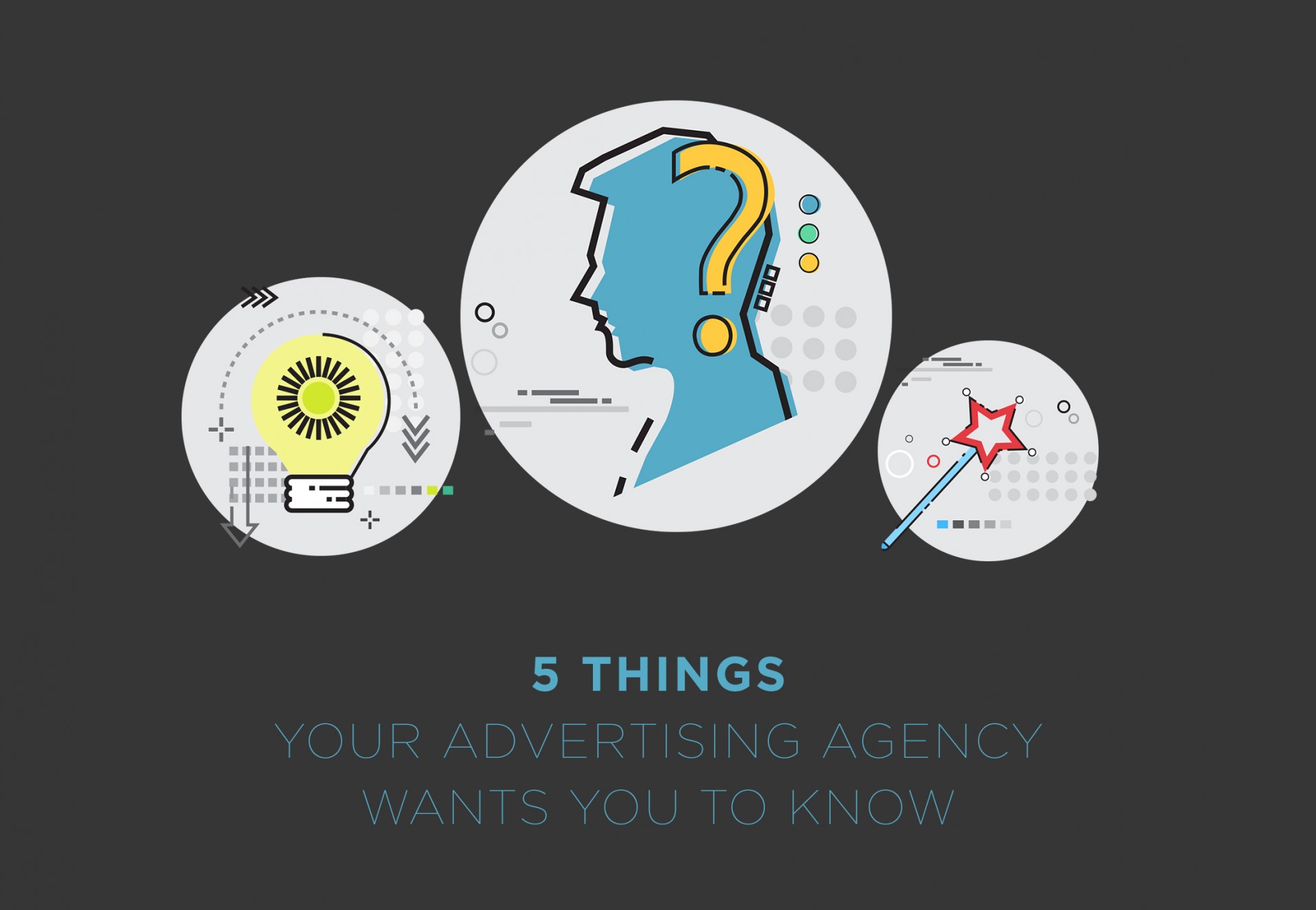 5 Things Your Advertising Agency Wants You to Know

If there’s one truth in the world of advertising, it’s that there is no certainty. That’s a scary prospect, isn’t it? Clockwork Media is no stranger to this notion. With innovation happening at the rate it is, there’s no really telling what tomorrow holds in terms of communication technology and the trends that follow.

The problem is, those on the outside aren’t necessarily on the same page that we and other advertising agencies are. We live in a society that demands easy fixes and instant gratification, and most clients tend to be no different. Results are wanted, and fast.

For the record, we want the same thing too. Trust us when we say that nothing makes an agency happier than delivering solid, positive, and speedy results to the brands they work with. The reality however, is that getting there will always be a new challenge.

Pulling a campaign off without a hitch doesn’t have to be difficult though. As much uncertainty as there is in our world, we can confidently say on behalf of every advertising agency that delivering great work would be much easier if clients were mindful of the following five things.

With that in mind, it’s worth noting that just as every client is unique, so is every advertising agency. At Clockwork Media, we know we’re definitely different, in all the right ways. If you’re contemplating running a new campaign, maybe it’s time you got in touch.