Since around the 1920s, when the sales era of advertising was introduced, marketing has been building visual gender stereotypes to convince people to purchase products and leaning heavily on societal biases for genders as part of their product or brand story.

This has been the bedrock of a singular perspective of masculinity best described as the ‘tough guy’.

Although the world of marketing has always known it portrays a biased, generalised view, with times changing and society fighting for equality across the board, the conversation has been pushed out enough for the industry to realise just how detrimental gender stereotypes have been to not only individuals, but also to the brands we, as marketers, represent.

So, while for generations exaggerated ideas of masculinity have been the source of award-winning campaigns, they have also created lifestyle pressures and abnormal realities that men could not withstand. Studies show that men, more than ever, are succumbing to depression and societal pressure, resulting in one in four more men committing suicide globally. 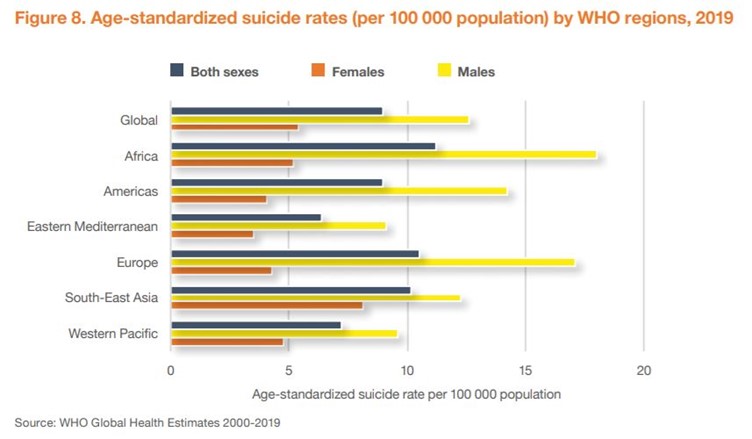 So how much is advertising to blame?

In a recent Marketing Week article on male stereotypes and their effects, it was reported that 64% of UK males aged 18 to 34 have been found to believe that negative male representation in advertising does real psychological damage. A further 75% of UK males believe social media is making it harder to remain psychologically healthy.

While gender stereotypes have clearly not been good for male individuals, research has also shown that products portrayed as ‘male’ in advertising, such as car or financial services, tend to have weaker performance results with female consumers.

But there is no doubt that the advertising world is taking note.

A general response from global advertising regulatory bodies has firmly stated that gender politics are no longer welcome in advertising.

These decisions have been strong and clear signs of the advertising industry’s commitment to joining the cause to end the ‘tough guy’ gender stereotype in advertising.

With these changes in mind, we have been wondering what the new ‘man’ looks like in marketing. What, or who, is driving this change, and how is the industry responding?

We have noted the embrace of a broader spectrum of masculinity (gentle and positive) in the depiction of men, which is a refreshing look beyond the ‘tough guy’ persona that has been defining toxic masculinity traits.

We are finally seeing a trend where men are being encouraged to express their vulnerability, authenticity and unique selves. Finally, more than their six-pack, work boots, hard hats and off-road 4x4s, men are comfortably being seen as human first.

What we saw recently this Father’s Day was a great representation of the male identity in 2021. The angle is now ‘positive masculinity’.

Some great campaigns to reference include:

Dove: We See You, Dads

This campaign looked at broadening the idea of what it takes to be a father, showing the gentler perspective.

This campaign, which ran on Power FM, demystified the expectations of a how fathers are meant to participate in raising their children, demonstrating the change by incorporating real fathers into the campaign discussion, which added that extra layer of authenticity.

This Father’s Day campaign in India demonstrated the change of perspective in fatherhood, even incorporating adoption and demonstrating how this has become a global shift.

The quest to depict the ‘perfect world’ ideology often leads marketers to fall into the trap of generalisation and operating within certain biases. However, we need to be aware of our biases if we are to be truthful to not only the work we deliver, but also the audience we speak to.

While there is still work that needs to be done in building guidelines to prevent our generalisation from becoming an oppressive and limiting reality for men again, we can thankfully see a global shift as the image of ‘positive masculinity’ is seemingly the favourite leading image, replacing the ‘tough guy’ narrative once and for all.

We use cookies on our website to give you the most relevant experience by remembering your preferences and repeat visits. By clicking “Accept All”, you consent to the use of ALL the cookies. However, you may visit "Cookie Settings" to provide a controlled consent.
Cookie SettingsAccept All
Manage consent

This website uses cookies to improve your experience while you navigate through the website. Out of these, the cookies that are categorized as necessary are stored on your browser as they are essential for the working of basic functionalities of the website. We also use third-party cookies that help us analyze and understand how you use this website. These cookies will be stored in your browser only with your consent. You also have the option to opt-out of these cookies. But opting out of some of these cookies may affect your browsing experience.
Necessary Always Enabled

Performance cookies are used to understand and analyze the key performance indexes of the website which helps in delivering a better user experience for the visitors.

Analytical cookies are used to understand how visitors interact with the website. These cookies help provide information on metrics the number of visitors, bounce rate, traffic source, etc.

Advertisement cookies are used to provide visitors with relevant ads and marketing campaigns. These cookies track visitors across websites and collect information to provide customized ads.

Other uncategorized cookies are those that are being analyzed and have not been classified into a category as yet.