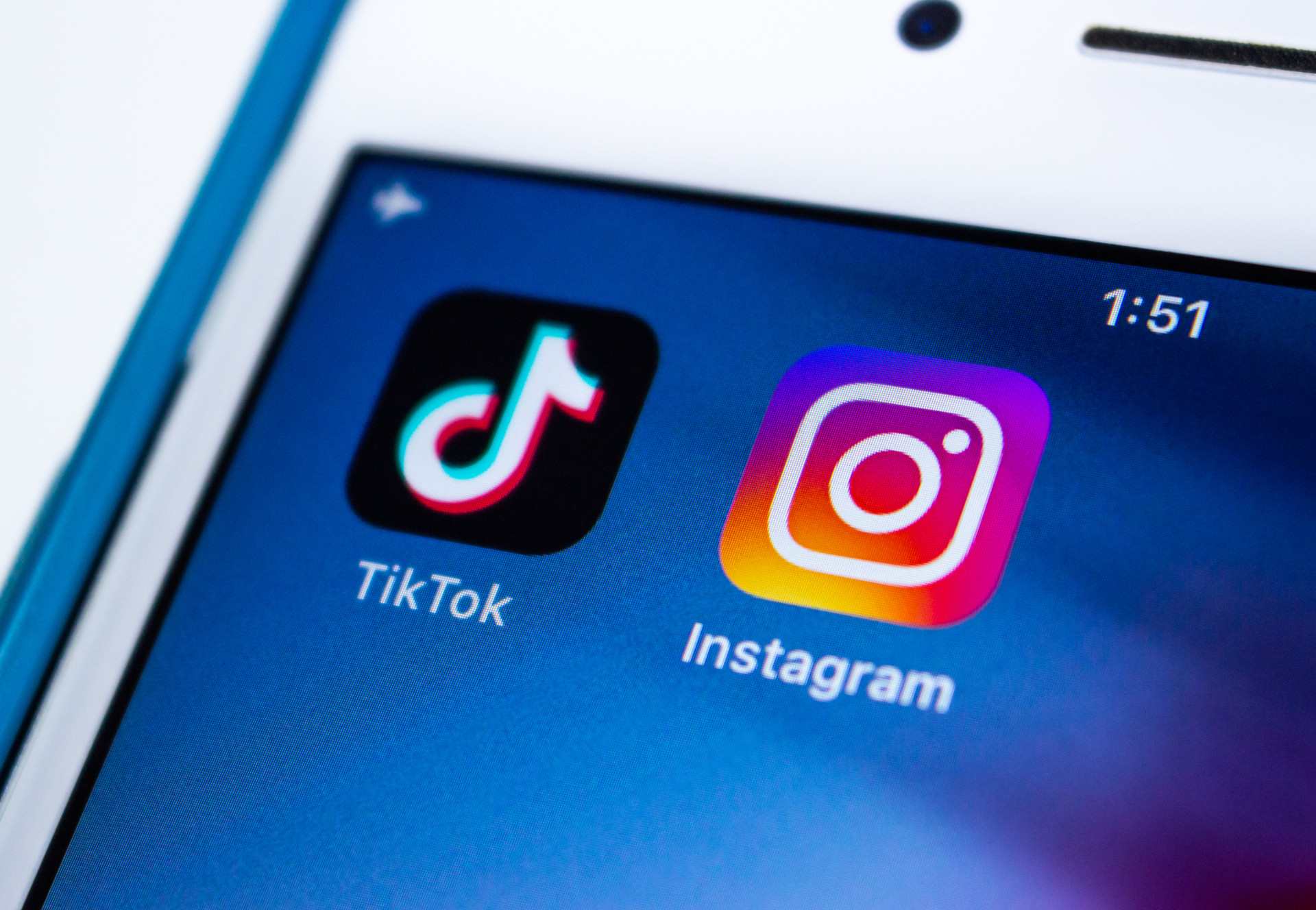 TikTok vs Reels: The next battle for social dominance

On 5 August 2020, Instagram launched a new feature called Reels, which allows users to create and share short-form video content for followers in their feed and on the Explore page. Reels has become a direct competitor to TikTok, and with TikTok’s fate being uncertain as they face a US ban, Instagram Reels could be the next best thing for social media users and brands.

But which of these platforms is the best for brands’ marketing strategies? And what is the use case for each platform from a user and brand perspective?

We’ve gathered some key facts and insights for why Reels and TikTok have a viable chance to attract consumers and what the key considerations are for brands to play in each platform. Let’s take a closer look at the TikTok vs Reels debate.

Fighting for Team Reels, we have Tasneem Cassim, junior strategist at Clockwork. She’s making the point that Instagram’s Reels feature is a great way for brands to reach a large audience in a new way.

Instagram has hit a milestone of 1.8 billion downloads worldwide, and in South Africa, the platform currently has an audience of 9 million users. Compared to TikTok, Instagram has a much broader audience base, with 64% aged 18-34, and only 8.5% between the ages of 13 and 17 years old.

Because people can share and access Reels videos on the Instagram Explore page, Reels has the advantage of being able to encourage a huge audience to experiment with the feature – as the Explore page is viewed by at least 200 million accounts daily.

This makes Reels an attractive new marketing tool for brands that are looking to enhance their advertising messaging and reach audiences on Instagram in a new way.

Why should brands be using Reels?

At least 89% of marketers state that Instagram is an important channel for influencer marketing. Reels has already gained positive responses from influencers and brands – and content creators say they do plan to experiment with Reels.

2) Brands have already integrated Instagram into their marketing strategies, so using Reels would be a natural fit

Instagram plays an important role in many brands’ marketing strategies and tactics, making it much easier for them to experiment with Reels, just as they did with Instagram Stories.

3) Reels is already working for brands that have tried it

In general, when Instagram comes out with new features, people and brands are unsure about them, but eventually start to use and enjoy them.

Louis Vuitton has already achieved on average nearly 7 million views on Reels, and Red Bull France had a number of Reels go viral, with their top performing Reels getting more than 2.4 million views. It’s impressive that these brands have managed to attract so many views in such a short space of time – indicating that Reels is being used actively.

In Team TikTok’s corner, we have Clockwork strategist Olwethu Bandezi, arguing the point that TikTok might be difficult for brands to crack, but for the ones that do, the pay-off can be large.

The TikTok audience: Is it for the kids?

TikTok currently has 6 million users in South Africa and has seen accelerated growth during the national lockdown. Compared to Instagram’s tiny 13-17 year old user base, TikTok has an impressive 31% of users who sit within this age bracket. Need access to a Gen Z audience? Well, TikTok is the place to reach them.

With its younger audience, TikTok has brought the fun back into content development. It has created a platform where user-generated content is king, and engagement is a priority.

Why do people love TikTok so much?

While Instagram has been criticised for turning content creation into an almost specialist exercise that is more of a career than a fun way to connect, TikTok has truly democratised content development. And most importantly, fun and creativity are at the centre of its offering. TikTok is a truly social app at heart; keeping the audience happy is its main concern, which is supported by its hyper-personalised algorithm.

Only 31.4% of the interviewed brands in the Worldwide Worx 2020 Social Media Landscape report said they plan to become active on the platform. Of the brands that have used TikTok, there was a strong sentiment that TikTok is not effective as a platform for businesses and brands.

This may be because to pull off authentic TikTok campaigns, TikTok needs to do more to foster trust and strong relationships between brands and their audiences.

Brands that are thriving on TikTok

While many local brands have been slow on the uptake, some international brands have taken the opportunity to experiment with the platform. For example, Crocs launched the #CrocsGames2020 inspired by the cancelled 2020 Olympics Games, and generated more than 900 000 views from the campaign.

Who wins this round?

Although it’s the newcomer, Reels’ presence within Instagram secures it an automatically large audience and influencer buy-in. Brands are also more familiar with the Instagram platform, and as such, Reels simply becomes a tool in the Instagram arsenal for brands to engage with as they need it.

While TikTok has seen significant growth in its audience base, brands are more hesitant to engage with audiences on this platform, because to truly engage on TikTok, brands need to hand control of their assets to the creativity of the user base. However, it is an attractive platform for audiences and influencers alike, with its celebration of fun, short and amusing content that harnesses the creativity of its own users. And let’s not forget its large and committed Gen Z following – the generation that’s notoriously difficult to find and engage with authentically online.

So now that we’ve laid down the facts, analysed the pros and cons, we’d like to ask you – are you on Team Reels or Team TikTok?

We use cookies on our website to give you the most relevant experience by remembering your preferences and repeat visits. By clicking “Accept All”, you consent to the use of ALL the cookies. However, you may visit "Cookie Settings" to provide a controlled consent.
Cookie SettingsAccept All
Manage consent

This website uses cookies to improve your experience while you navigate through the website. Out of these, the cookies that are categorized as necessary are stored on your browser as they are essential for the working of basic functionalities of the website. We also use third-party cookies that help us analyze and understand how you use this website. These cookies will be stored in your browser only with your consent. You also have the option to opt-out of these cookies. But opting out of some of these cookies may affect your browsing experience.
Necessary Always Enabled

Performance cookies are used to understand and analyze the key performance indexes of the website which helps in delivering a better user experience for the visitors.

Analytical cookies are used to understand how visitors interact with the website. These cookies help provide information on metrics the number of visitors, bounce rate, traffic source, etc.

Advertisement cookies are used to provide visitors with relevant ads and marketing campaigns. These cookies track visitors across websites and collect information to provide customized ads.

Other uncategorized cookies are those that are being analyzed and have not been classified into a category as yet.